There’s no “hugging it out” at training camp. Some guys, practicing for the first time in months, in the heat, staying in crappy little beds and feeling lousy, will take a swipe or two at each other. And it’s a good thing. I caught this article on SI about fights in training camp, specifically how Arizona Cardinals player Darnell Dockett took a run at quarterback Matt Leinart’s legs during practice. The quarterback wears that red jersey for a reason, people! He’s not to be hit. The SI article makes a point of saying that so many players today just do not want to go to training camp, so seeing a guy actually get into it is refreshing. But I think it’s more than that. 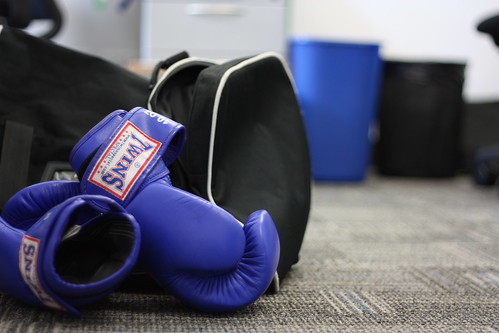 I remember when Mike Holmgren was the coach of the Green Bay Packers, he used to say that when the players started fighting with each other, they were ready for the season. Maybe the fighting helps bring out a drive in players, and encourages everyone to push just a little bit harder. It’s easier to do that when you’re playing games every week and have the goal of going to a Super Bowl in front of you. But when you’re in training camp, it’s hard to even imagine a regular game. The conditions are different, the feel is different, and that red jersey is frustrating.

Training camp does more than conditioning. It bonds a team together, and that’s exactly why it’s bad that players like Favre skip out on it. I can see why they do. Maybe they don’t feel like fighting… but hey, that fight is part of what makes a team great. Not the physical punching of your teammate, but the drive it builds within you. So fight away, training camp players!