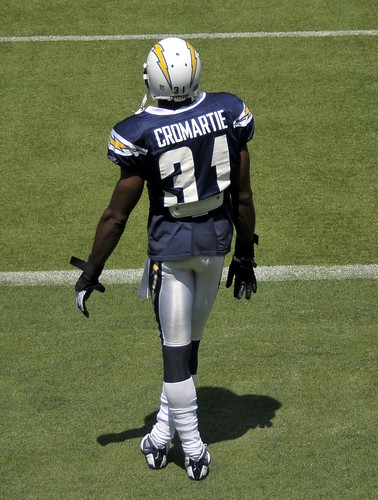 They sent this man to the wrong team…

When Antonio Cromartie said he felt like he was done in San Diego and he had been complaining about the way the defense played I hope he knows that he got his wish.

If he was looking for more intense smash-mouth football then he found it in New York.  With Rex Ryan at the helm and Doug Plank running their version of Plank’s “numbersake” 46 defense I’m not sure that Cromartie could be any happier.

At least the team he’s going to can win a playoff game!

Moreover, could the Jets be any happier?  Are they really going to want a pick in next year’s draft if Cromartie puts them one step closer to a Super Bowl win?  I think not.

This feels like the Kwame for Pau trade.  As unhappy as Cromartie was, don’t you think the Chargers could have worked it out?  Instead of working it out they allowed one of their best players to go a team that JUST beat them in the playoffs.  Not only that, but they only took ONE draft pick in return?

Where are the shrieking/angry fans in San Diego when you need them?  I can only ride A.J. Smith for so long before someone else needs to take up the mantle.  It’s a pretty simple equation.

You give away too much for too little and you end up losing out.