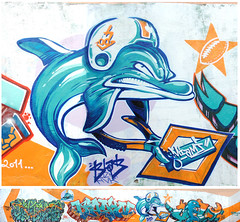 Jeff Fisher basically had his pick of the Dolphins job or the Rams job.  He could have gone wherever he wanted.  He could have lived in, what I have experienced as, a really crappy city like St. Louis where it’s really cold in the winter, there’s nothing going on, they don’t even really care about football, and you’re going to have a hard time getting guys to play there.  Oh, and Sam Bradford is hurt and everybody’s wondering if you’re going to give up on him.

Or, you could live on South Beach where it’s sunny all the time and hardly rains.  You can wear shorts outside in the middle of the winter because it isn’t cold, and it’s Miami.

So, how bad is the Miami job.  How bad do you have to suck as an organization that a guy with THOSE two choices picked crappy St. Louis?  Well, you have to show that you are totally unloyal (as in how they handled Tony Sparano before the end of last year.)  You have to show you’re completely inept (drafting Chad Henne thinking he was going to be the answer,) and you have to be a crazy and overbearing owner that lets coaches know that they don’t want to have anything to do with you because you’ll drive them out of their minds.

And that is what the Dolphins are.  They are that bad right now.  They are just a team that is totally unappealing.  The Falcons can hire people left and right who are really good with no problem.  However, Atlanta isn’t a great city, it gets cold in the winter, and the stadium sucks.

Yes, that’s how far Miami has fallen.  They should be required to sell to an ownership group led by Dan Marino.  Otherwise, I don’t see any changes coming…ever.