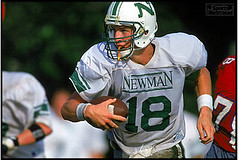 Jim Caldwell goes 2-14 and he’s gone.  It was that simple.  Usually, when you go 2-14, even when Peyton Manning gets hurt, you get fired pretty fast.  Now, I’m not saying that I thought that he should be fired, but I thought he would be fired as soon as the Colts let go of the Polians.  It’s the kind of thing that becomes pretty obvious.

However, what are the Colts going to do, and are they trying to push away Peyton Manning to make this easier?  They owe him $28 million in March in a roster bonus.  Are they trying to get around it by pissing him off and seeing if they can make him feel unwelcome so they can cut him and it won’t be so hard?  I don’t know what the Colts want to do, but I imagine they are ready to shake things up.  I’ve heard the argument that they will pay Manning out of loyalty and see if they can make it happen.  I’ve heard that they should cut bait right now.

I imagine they are moving away from Peyton Manning as they completely clean house.  I mean, completely.  It’s pretty easy to figure this stuff out when a team starts to fire everyone.  Peyton is old, his neck isn’t working too well, and now we all have to wonder if he’s ever going to play again.

Lots of teams could pick him up, but would they want to take a chance on his neck?  Would he just retire?  I honestly thought that he would retire a Colt and go right into coaching.  I’m not sure if that’s going to make a difference to the Colts, but I would have thought they wanted a lifer.

I guess it’s still a business, or they’d be paying $28 million for no guarantees.  That’s not a good thing.  Besides, Caldwell having to go was only the beginning, right?